Chameleons are members of the lizard family, characterized by their five toes grouped in two sections (fascicles) to aid in climbing, their tongues which they can flick out to catch insects, and their ability to change color to perfectly match the color of the surface they are on. They live in rainforests and deserts. 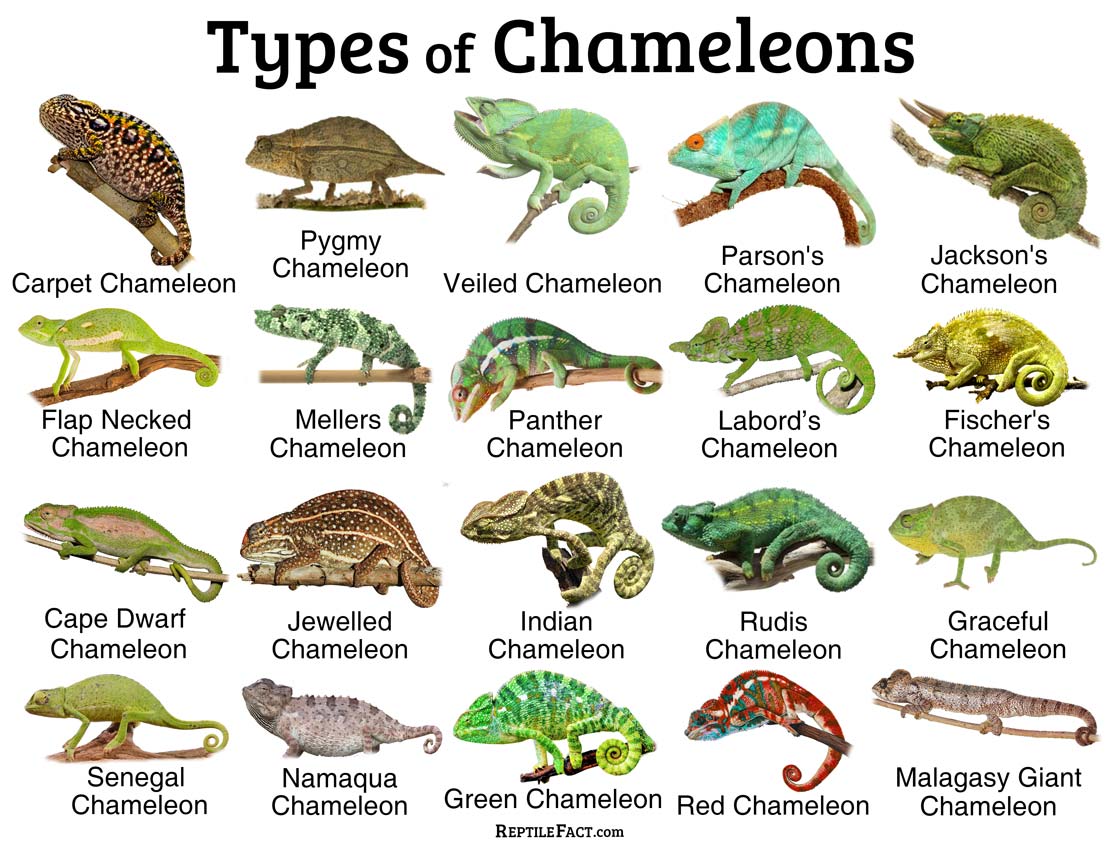 Most chameleons are insectivores. Some of the larger members of the family can also take smaller lizards and young birds. They are primarily egg-laying, but some species are ovoviviparous. Clutch sizes of the egg-laying chameleons vary significantly, depending on species, from as little as 2-4 eggs for small species to 200 eggs for the larger ones. Apart from the color changing, one of the most significant adaptive features of chameleons is their ability to move each of their eyes independently, thus enabling them to focus on two different objects at once.

Chameleons are one of the most docile among all reptiles. Scientists believe they have evolved from a domestic descent.
Now 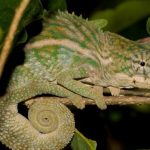 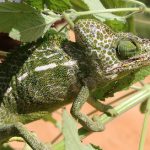 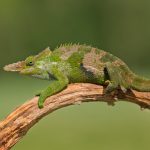 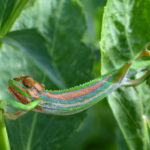 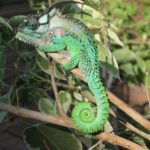 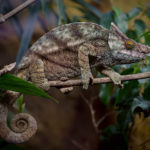 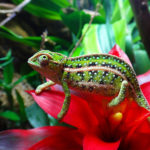 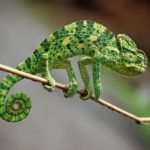 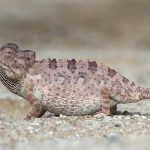 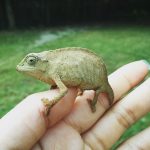 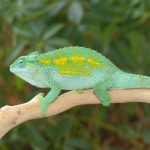 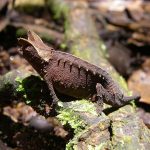